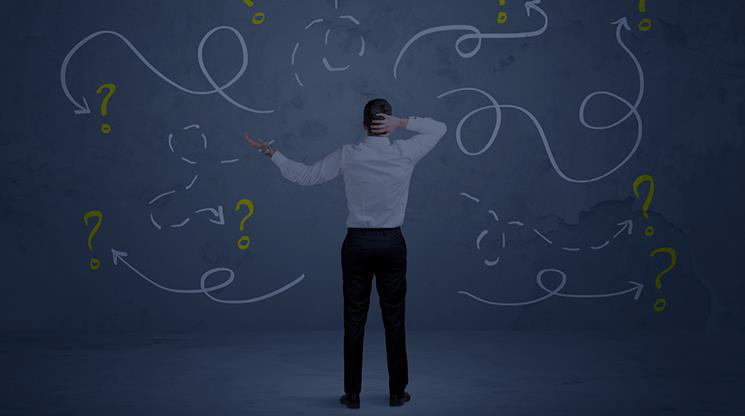 WHEN CAN YOU TAKE YOUR SUPER?

$10K LIMIT ON CASH PAYMENTS TO BUSINESS How will the new rules work?

An issue that many business owners and investors will need to grapple with is uncertainty on the tax rate that applies to companies for the year ended 30 June 2018 and the maximum franking rate on dividends paid during the 2018 income year.

While the Government introduced a Bill to Parliament back in October 2017 which seeks to change the rules in this area, the Bill is still not yet law. As a result, it looks like we will need to apply the existing provisions for determining company tax rates and maximum franking rates (which are based on whether the company carries on a business), but also to be aware that the position might change if and when the Bill passes through Parliament.

When can you take your super?

The cash sitting in your superannuation fund can be tempting, particularly if you are short of cash. But, the reality is there are very few ways you can take advantage of your superannuation once it has been contributed to the fund – even if you change your mind.

The sole purpose test underpins access to your superannuation – that is, superannuation is for the sole purpose of providing retirement benefits to fund members, or to their dependants if a member dies before retirement. It’s important to keep this in mind because it’s often forgotten when people are tempted by ‘too good to be true’ schemes to access their super early.

The ATO recently warned against a scheme spreading through suburban Australia where scammers encourage people to access their superannuation early to pay debts, take a holiday, or provide money to family overseas in need. All the scammers need is a fee for their services and you to sign blank forms and provide identity documentation. Typically, the forms are used to roll-over your super from an industry fund, establish an SMSF, and open a bank account for the new SMSF. Once the superannuation is rolled into the SMSF, the funds are accessible to withdraw. Problem is, accessing the superannuation is illegal unless you meet the conditions. Any super that is withdrawn early is taxed at your marginal tax rate even if the money is returned to your fund later, plus you are disqualified from being a trustee of your SMSF. If you knowingly allow super benefits to be accessed illegally from your fund, penalties of up to $1.1 million and a jail term of 5 years can apply.

Treasury is in the midst of a review into the early release of superannuation. The review was sparked by a rapid increase in requests for early access to fund medical treatments such as gastric banding surgery.

“A significant proportion of recent applications appear to relate to out-of-pocket expenses associated with bariatric surgery (that is, weight loss surgery), with a smaller proportion attributable to assisted reproductive treatment (ART), also referred to as in-vitro fertilisation (IVF) treatment.”

The review however is focussed on more than medical treatments, looking at the issue broadly including whether it is appropriate to provide early access to superannuation to pay compensation to victims of crime.

Superannuation benefits can be released on compassionate grounds to meet expenses related to medical treatment, medical transport, modifications necessary for the family home or motor vehicles due to severe disability, and palliative care. Funds may also be released on compassionate grounds to prevent foreclosure of a mortgage or exercise of a power of sale over the fund member’s home (principal place of residence); or to pay for expenses with a dependant’s death, funeral or burial.

Early access to super needs to be a last resort. It’s up to the person applying for early access to prove to the regulator that they don’t have the financial capacity to meet these expenses without access their superannuation.

In 2016-17, the Department of Human Services received 37,105 applications for early access to superannuation on compassionate grounds, with 21,258 approved. The average amount released was $13,644. The great majority (72%) of funds released were on medical grounds, 18% were released for mortgage payments.

A person seeking early release for medical treatment must provide written evidence from at least two medical practitioners – one of whom must be a specialist – certifying that the treatment or medical transport:
• is necessary to treat a lifethreatening illness or injury; or alleviate acute or chronic pain; or alleviate an acute or chronic mental disturbance; and
• is not readily available to the individual or their dependant through the public health system.

At present, the Department of Human Services will respond to applicants within 28 days. The applicant then must approach their superannuation fund trustee who has ultimate discretion regarding the release of the funds. From 1 July 2018 however, the Australian Taxation Office will take over administration of early release applications, streamlining the process so applicants and superannuation funds receive the compassionate release notice electronically and simultaneously.

Superannuation is not an asset of your estate so your superannuation is provided to your eligible beneficiaries – your spouse (de facto) children or a financial dependant – by the fund trustee.

Putting in place a binding death nomination however will direct your superannuation to whoever you nominate, as long as they are an eligible beneficiary. If you have nominations in place, it is essential that you keep these current. Death benefits are normally paid as a lump sum but in some circumstances can be paid as an income stream.

Just be aware that with the $1.6 million transfer balance cap in place, if your superannuation is paid as a death benefit pension to your nominated beneficiary, this could tip them over the cap. It’s a good idea to get estate planning advice to manage it correctly

The Family Law Legislation Amendment (Superannuation) Act 2001 allows superannuation to be split during a divorce either by agreement or by court order.

Before making a superannuation agreement, the parties must receive separate and independent legal advice. The agreement must be in writing and must be endorsed by a qualified legal practitioner.

Where the superannuation is split by order of the family court, the court decides on how the fund is split.

Essentially, the amount of split super is rolled into the other parties superannuation fund. The same rules apply to accessing superannuation. That is, it cannot be accessed until you turn 65 or reach perseveration age.

If you and your spouse have an SMSF, you need to continue to manage the fund. Relationship breakdown does not suspend your obligations as trustee.

What happens if you contributed too much?

If you contributed too much superannuation to your fund, you cannot simply withdraw the amount.

If you breached your contribution caps, you can apply to withdraw the amount above your cap from your fund. The excess amount is treated as personal assessable income and taxed at your marginal tax rate plus an excess concessional contributions charge. Withdrawal of the excess amounts should not occur until the ATO provides you with a release authority that then needs to be given to the superannuation fund.

If you did not breach your contribution limit but simply overcommitted to superannuation, you cannot simply withdraw the amount.

In general, the assets of an SMSF cannot be used for the personal use or enjoyment of the fund members (or their associates such as friends or family). For example, If the SMSF owns a holiday home, you cannot use it, if the fund has vintage cars, you cannot drive them, if your fund owns art, you cannot hang the art in your home or your office.

The exception to this is business real property. For example, assuming the trust deed allows for it, business owners can use their SMSF to purchase a building, then lease that building back to their business. Business real property is land and buildings used wholly and exclusively in a business.

New award wages and allowances come into effect from 1 July 2018. If you’re an employer, it’s important that you are aware of the new rates and apply them. The Fair Work Ombudsman’s online Pay Calculator can help you determine the right rates to apply

Quote of the month

“Many of life’s failures are people who did not realize how close they were to success when they gave up.”

One of the interesting approaches to tackling the black economy in the recent 2018-19 Federal Budget was the announcement of a $10,000 limit on cash payments to business.

Unrecorded and untaxed transactions that occur in the community are estimated at up to 3% of GDP or around $50 billion. We have all seen examples of the black economy in action in the form of cash payments and money not ringing through a retailer’s till. This initiative targets high value transactions that are generally used to avoid tax obligations or for laundering the proceeds of a crime

How will the new rules work?

The cash payment limit targets larger cash payments – typically made for cars, yachts and other luxury goods, agricultural crops, houses, building renovations and commodities – removing the ability of any individual or business to make a single cash transaction of $10,000 or more.

The limit would apply to all payments made to businesses with an ABN for goods or services. The impending restrictions would not apply to private sales where the seller does not have an ABN, or cash payments to financial institutions.

Transactions at or in excess of the $10,000 threshold would need to be made electronically or by cheque. Splitting the payment into smaller amounts either as cash payments or a combination of cash and electronic payments would not be allowed. There would also be restrictions to prevent payment structuring to get around the payment limit.

Australia will not be the first country to introduce cash payment limits; France, Spain and Italy all impose limits at varying levels and generally for much smaller amounts than $10,000. For example, France imposes a EUR 1,000 limit for goods and EUR 450 for certain services. There are some exemptions for non-residents, salaries paid in cash, and for those who do not have access to any other form of payment.

The Australian limit on cash transactions is intended to apply from 1 July 2019. The legislation enabling the measure is currently in consultation phase and is not yet law. We will keep you up to date on progress

The ability for small business entities to claim an immediate deduction for assets costing less than $20,000 has been extended for another 12 months until 30 June 2019.

There are no limits to the number of times you can use the immediate deduction assuming your cashflow supports the purchases.

Second hand goods are also deductible. However, there are a number of assets that don’t qualify for the instant asset write-off as they have their own set of rules. These include horticultural plants, capital works (building construction costs etc.), assets leased to another party on a depreciating asset lease, etc.

If you purchase assets costing $20,000 or more, the immediate deduction does not apply but small businesses have the ability to allocate the purchase to a pool and depreciate the pool at a rate of 15% in the first year and 30% for each year thereafter.

New personal income tax rates come into effect from 1 July 2018. The top threshold of the 32.5% personal income tax bracket will increase from $87,000 to $90,000. Dovetailing into the tax bracket change is the introduction of the Low and Middle Income Tax Offset for those with taxable incomes up to $125,333. The offset is a non-refundable tax offset that you receive when you lodge your income tax return.